I am going to talk about a powerful example of using noise reduction tools for oral history, merging technology and tradition. First, some background.  Ballymenone is a district located in the north of Ireland 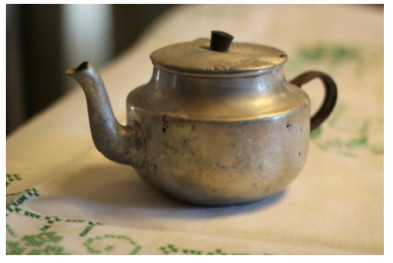 in County Fermanagh. In 1972 it was populated by 42 households totaling 129 people. The majority were Catholic farmers living without the luxury of electricity. This was a community that lived by the hearth; most of the roofs were still thatched, while speech, story, and song were the primary forms of social interaction. Folklorist Henry Glassie spent much of his career from 1972 to 1982 in Ballymenone, living among the residents and recording many of their conversations primarily about the past. His research produced numerous hours of field tapes containing oral histories, ballads, folktales, flute tunes, and various narrative genres, ultimately yielding several rich works such as All Silver No Brass, Irish Folk History, and the monumental Passing the Time in Ballymenone. In 1997, my final year of Ph.D. course-work at Indiana University I began a project digitizing the entire field tape collection, which led to the production of an audio CD that eventually accompanied the book The Stars of Ballymenone published in 2006.

Time had taken its toll on these reel-to-reel recordings and the recorded performances were in great need of restoration. Analog noise reduction minimized or filtered certain frequencies that would coincide with things like “tape-hiss” and or other analog noise. What usually happened, however, was, in addition to managing the “noise,” the frequency shift affected the primary sound—making the overall sound somewhat dull. Digital, or rather, intelligent noise reduction is a very different technology using something that physicists and electrical engineers would call Fast Fourier Transform frequency analysis or FFT. This technology takes a sample of the noise you are trying to get rid of, analyzes that sample, creates a “noise-print” and creates an algorithm to mathematically reduce or eliminate the noise—leaving the primary audio signal intact.  In 2000, this was considered very high-end technology that was quite expensive.  Today, there is a wide proliferation of this very same technology in affordable audio plug-ins. Examples of these plug-ins include:

In 1999-2000, we worked with Airshow Mastering in Boulder Colorado and master restorationist David Glasser.  So let’s hear an example of the power that noise reduction technologies can have on oral history:

I hope your first reaction is, “wow,” because that was mine. This is very powerful technology that is now accessible and affordable. Applying Intelligent Noise Reduction we have an audible text that focuses more on the speaker’s voice and less on the background noise. What I did can be thought of in terms of an old mirror that has been in storage. We have wiped the level of dirt and dust that has accumulated making the image much more clear.

You want to be especially careful however, when simply wiping away broadband noise. Many of Henry Glassie’s field recordings were originally recorded on reel to reel sitting by the hearth. Not having personally experienced an Irish open hearth full of burning turf ever before, I had no idea that unlike the pops and crackles that one hears from a wood fire, a turf fire hisses. Prior to the CDs completion I found myself in Ireland sitting beside a traditional Irish hearth realizing that the hiss of the hearth resembles, somewhat, the hiss of analog tape. I realized that it was possible that some of of the “noise” that we may have worked so hard to minimize, may have overlapped with the natural sounds of the hearth fire and that, at times, we might have been too aggressive with the noise reduction. I identified several instance when this broadband noise that we were taking out was discovered to be, at least in part, the fire—causing serious reevaluation regarding how much background noise we were going to actually take out, and how much we were now going to leave in. Fortunately, we still had time to dial back some of the filters allowing more “noise” back in to the recording, and we restored the hearth back into the recording. This was a very powerful lesson for me in terms of the use of and control of technology in recording and curating oral history.

Carefully minimizing the artificial noise in Glassie’s recording enhanced powerful nuances that brought these recordings to life. The cat’s meow, the lighting of a match, and the continuous presence of the ticking clock emerged more focused from a blurry sonic background. You should digitize your analog audio at the highest sample rate and bit depth possible to fully take advantage of these types of technologies. I recommend that in an archival workflow you only apply this type of processing for surrogates, not to the masters. Technologies change and you will want to reapply noise reduction in a few years when noise reduction technologies evolve. At that point, you will definitely want to go back to the digitized master. I want to caution that background noise is something that should not be reduced entirely—there is a significant amount of background noise present in even the most quiet of digital recordings, room ambiance that without which the recording will sound artificial. Use noise reduction technologies sparingly and as needed and when in doubt, outsource to the experts.

Permanent link to this article: http://ohda.matrix.msu.edu/2012/06/noise-reduction-and-restoration-for-oral-history/