C. Kurt Dewhurst, Ph.D., serves as the Director of Arts and Cultural Initiatives and Senior Fellow, University Outreach & Engagement; Curator of Folklife and Cultural Heritage at the Michigan State University Museum and Professor of English at Michigan State University.  A founder of the folk and traditional arts programs at the museum, he coordinates a variety of folklife research, collection development, and outreach & engagement programs.  He is one of the founding directors of the Festival of Michigan Folklife, a coordinator for the National Folk Festival when it was in East Lansing, and is a founding director for the Great Lakes Folk Festival.   He is the author or co-author of variety of books and exhibition catalogues including:  Artists in Aprons: The Folk Arts of American Women; Reflection of Faith: Religious Folk Art in America; Michigan Folk Art:  Its Beginnings to 1941; Rainbows in the Sky: The Folk Arts of Michigan in the 20th Century;  Traditions at Work: Grand Ledge Folk Pottery;  Michigan Hmong Arts;  and MSU Campus:  Buildings, Spaces, Places.  He is also the co-editor of the Michigan Folklife Reader and To Honor and Comfort: Native Quilting Traditions and Siyazama: Traditional Arts, Education and AIDS in South Africa,  He is co-author of forthcoming publications: Michiganders: Michigan Folk Traditions,  The MSU Campus Guide, and ‘Ike Päpale, The Living Legacy of Hawaiian Hats. 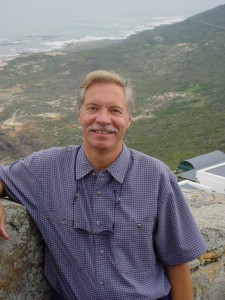 economic development, and cultural heritage policy.  As a Professor in the English Department at MSU, he teaches courses in folklife, material folk culture, and museum studies.  He currently serves Chairperson of the Board of the Board of Trustees for the American Folklife Center of the Library of Congress; and President of the American Folklore Society.  He also is an advisor to the Nelson Mandela Museum in Mthatha, South Africa and an advisor for the development of the new Ahmed Kathrada Foundation Museum Center on Non-Racialism in Lenasia, South Africa. He has served as an advisor to the development of the National Cultural Center in Bangkok, Thailand and the National Heritage & Cultural Studies Center at the University of Fort Hare, Alice, South Africa.

He is a past recipient of a Fulbright Grant to work in Thailand with the National Culture Commission of Thailand and participated in a French-American Foundation Arts Administrators Exchange Program in France. He was honored with the 2004 Américo Paredes prize by the American Folklore Society for excellence in integrating scholarship with engagement with communities.  In addition, the Great Lakes Folk Festival was recognized in 2004 as the best project in the 30-year history of the Michigan Humanities Council.

In the past decade he coordinated a major Cultural Heritage Training program in South Africa; served as co-curator of the 2006 Smithsonian Folklife Festival program, Carriers of Culture: Native Basket Traditions; co-curator for the major international exhibition, Dear Mr. Mandela, Dear Mrs. Parks: Children’s Letters, Global Lessons (in South Africa and the U.S.) and Ahmed ‘Kathy’ Kathrada: A South African Activist for Non-Racialism and Democracy( in the U.S.) He recently completed a Fulbright Grant at the University of Witwatersrand, Johannesburg, South Africa where he assisted on the re-development of the Museum of Anthropology. He is also co-curator for a new collaborative exhibition on living Native Hawaiian lauhala hat traditions with the Bishop Museum and MSU Museum, and co-curator of the 2012 Smithsonian Folklife Festival Program, Campus and Community: Public Universities and the USDA at 150.

Permanent link to this article: http://ohda.matrix.msu.edu/about/authors/dewhurst/