Since June 2007 Troy Reeves has led the oral history program at UW-Madison.  From 1999-2006 he directed the Idaho Oral History Center in Boise. In both of those positions, Reeves has overseen the key components of 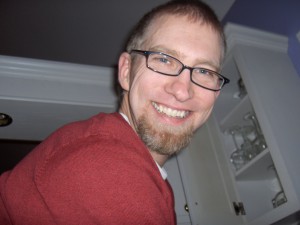 managing an oral history program—collecting and curating oral history recordings, as well as communicating and collaborating with interested individuals—both on and off campus—about about the art and science of oral history. Along with these program leadership tasks, he has managed nearly a dozen oral histories projects in Wisconsin and Idaho on myriad topics, including cultural, political, and environmental history. Starting in January 2012, Reeves began a three-year term as the managing editor of the Oral History Review, the journal of oral history for the U.S. He can be reached best by email at treeves@library.wisc.edu.

Permanent link to this article: http://ohda.matrix.msu.edu/about/authors/reeves/